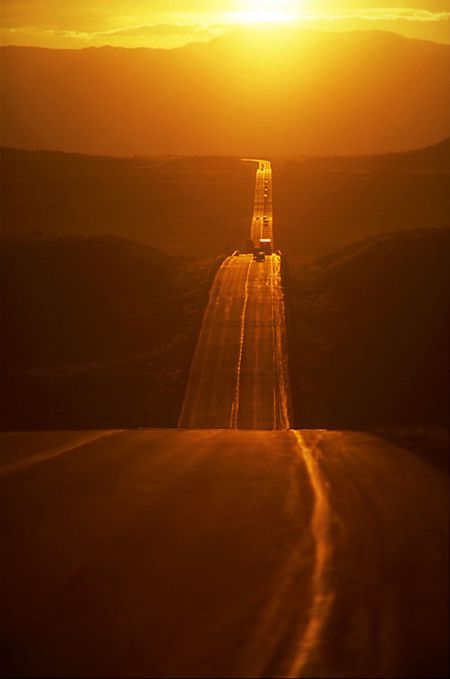 This hilly stretch of two-lane highway (U.S. Route 6 in Utah) was photographed between Price and Green River, Utah by Royce Bair / “U.S. Route 6, also called the Grand Army of the Republic Highway, after the veterans association of the same name, is a main route of the U.S. Highway system, running east-northeast from Bishop, California to Provincetown, Massachusetts. From 1936 until 1964, when most of its route through California was eliminated, US 6 was the longest highway in the United States. After U.S. Route 20, it is now the second-longest highway in the United States, running a length of 3,205 miles (5,158 km).” (text by Royce Bair)

4 thoughts on “We are on route”