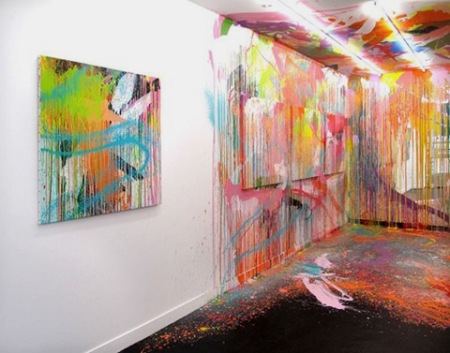 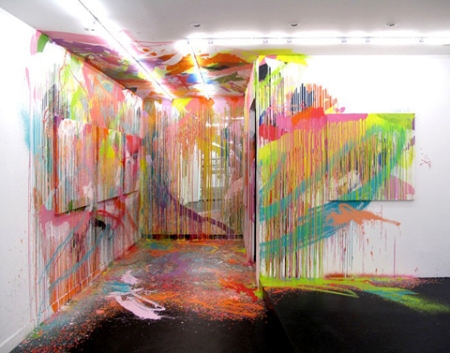 “In November 2011, Rowena Martinich undertook a residency and exhibition at Galerie Lorenzetti in Lyon, France. Invited by the director of the space – Lyés Sidhoum, Martinich created a work which functioned as both a large-scale, enveloping installation piece, as well as a commercial work, where the canvases on the wall amongst the painted mass, were for sale. Interesting balances were created between the various areas of Martinich’s work in this exhibition, which borderlines between an installation, public art and gallery based practice.” //

One thought on “We are in a bit of a mess”