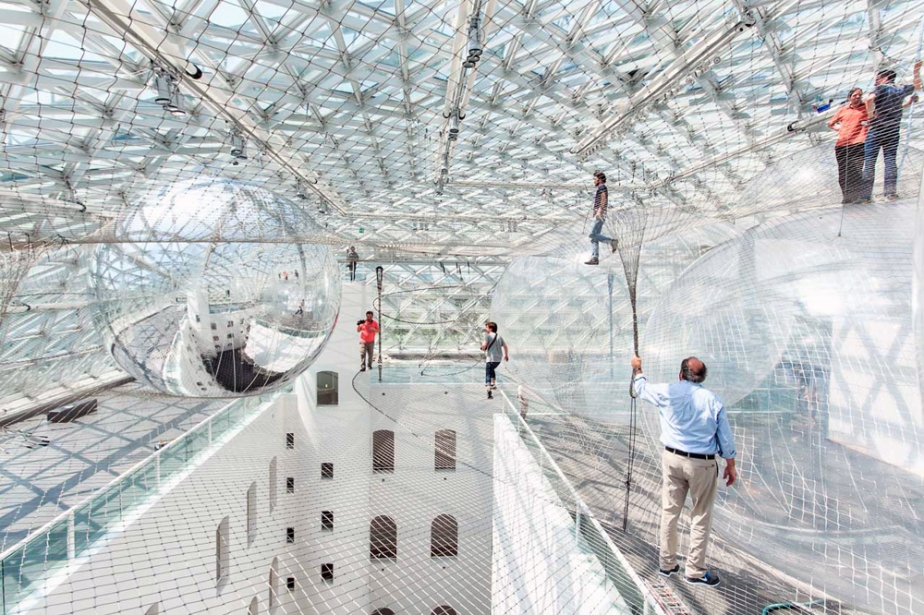 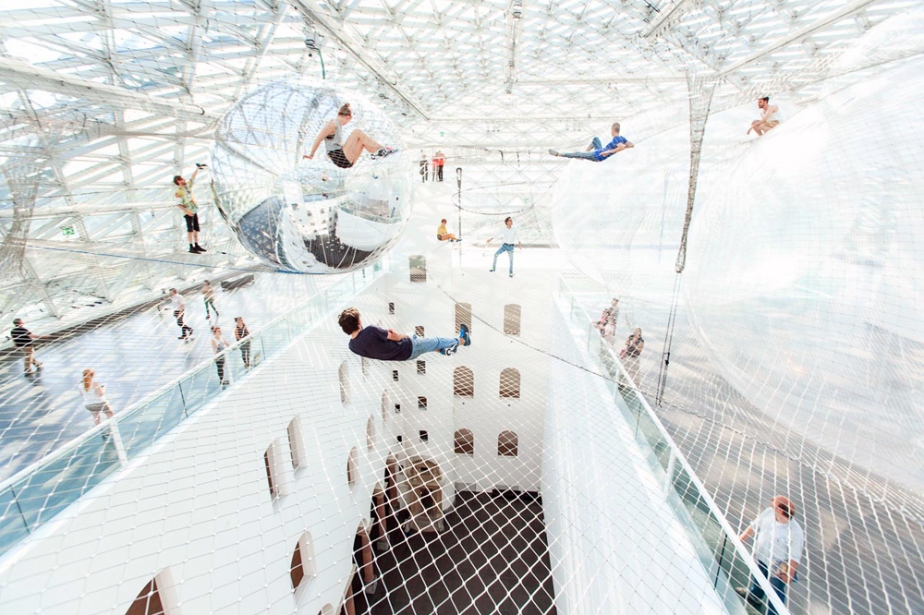 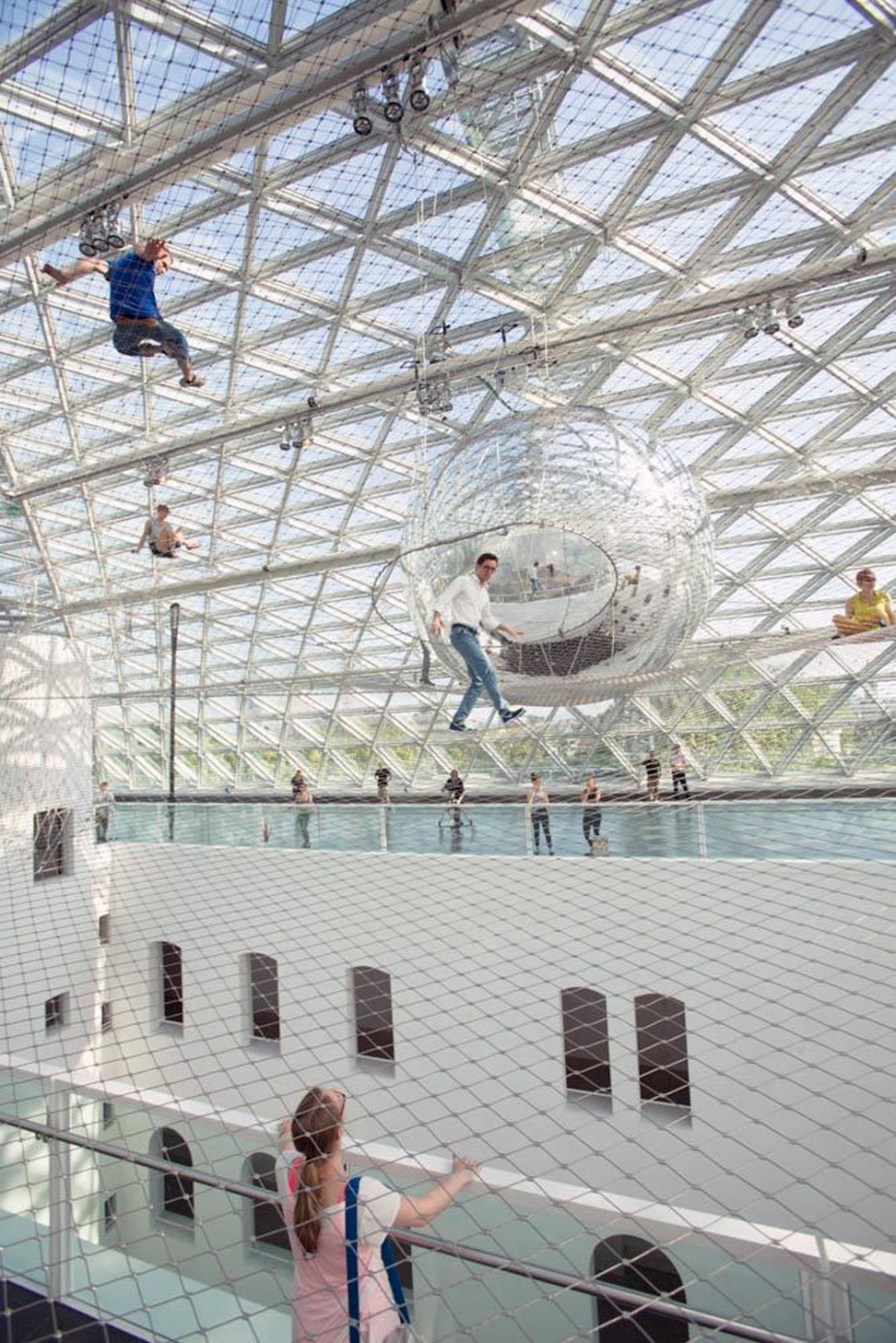 ‘In Orbit’ ´wonderful suspended installation by Tomás Saraceno at the K21 Staendehaus museum in Duesseldorf, Germany.

Known for breaking the boundaries between art and science, Saraceno often refers to his interactive pieces as living organisms. In fact, over a period of three years Saraceno consulted with arachnologists (experts in the study of spiders), as well as architects and engineers to achieve the final design for In Orbit. Via the museum:

This floating spatial configuration becomes an oscillating network of relationships, resonances, and synchronous communication. When several people enter the audacious construction simultaneously, their presence sets it into motion, altering the tension of the steel wires and the intervals between the three meshwork levels. Visitors can coordinate their activities within the space, and are able – not unlike spiders in a web – to perceive space through the medium of vibration. Saraceno himself speaks of a new hybrid form of communication.

9 thoughts on “We orbit”