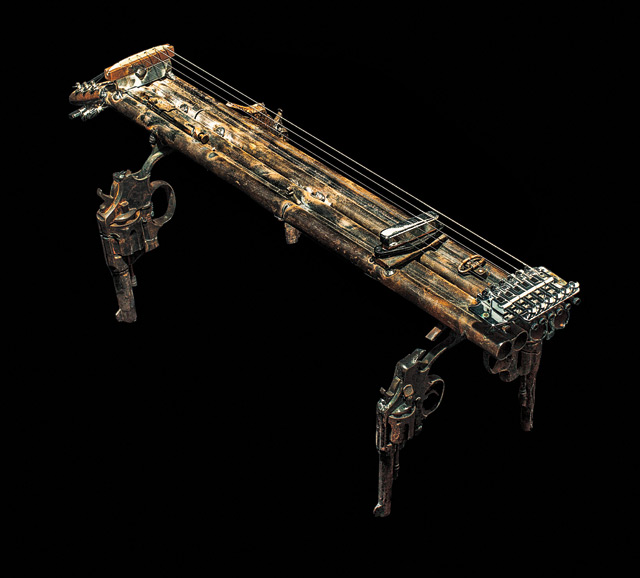 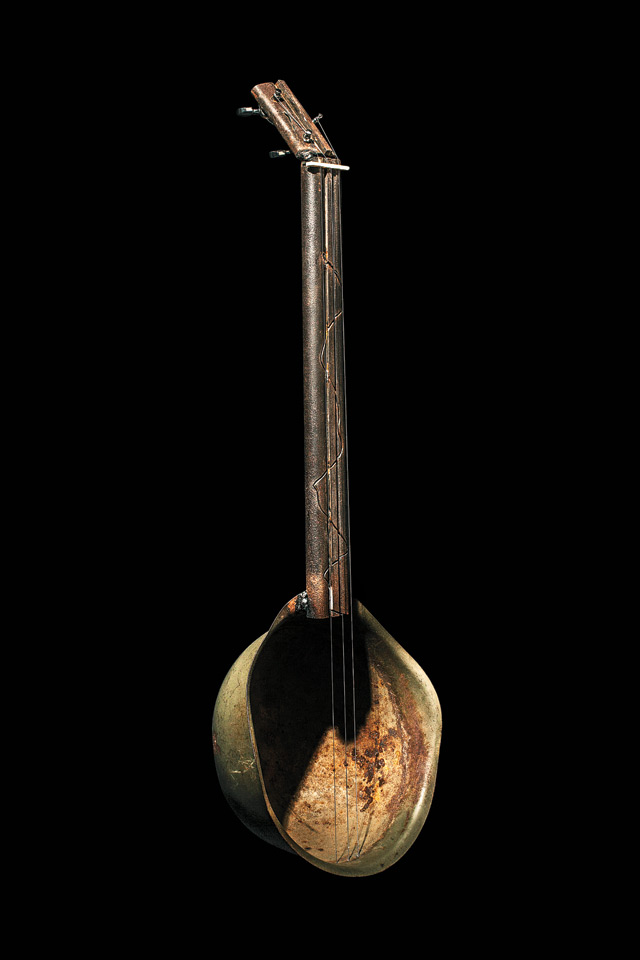 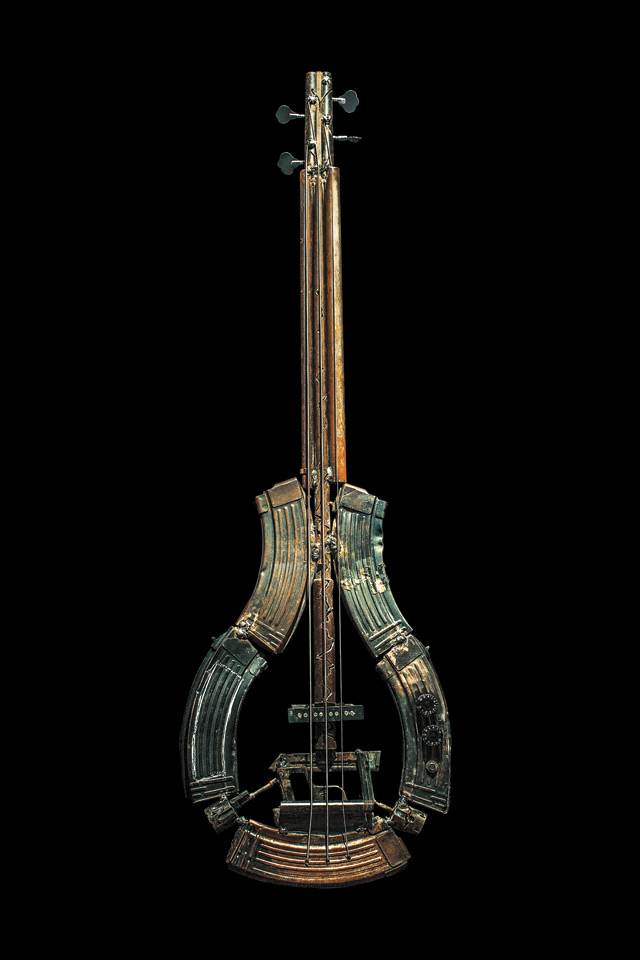 Mexico City based artist Pedro Reyes fabricates 50 functional music instruments from destroyed drug war weapons. He acquired some 6,700 weapons that were scheduled to be buried (as is customary in mass weapon disposals) and instead collaborated with six musicians to create 50 working instruments as part of a statement regarding increased gun violence in Mexico. The numerous firearms were cut down, welded and formed into a variety of string, wind, and percussion instruments over a period of two weeks last month. Via his blog Reyes says:

It’s difficult to explain but the transformation was more than physical. It’s important to consider that many lives were taken with these weapons; as if a sort of exorcism was taking place the music expelled the demons they held, as well as being a requiem for lives lost. […] This is also a call to action, since we cannot stop the violence only at the place where the weapons are being used, but also where they are made. There is a disparity between visible and invisible violence. The nearly 80,000 deaths by gun-shot that have occurred in Mexico in the last 6 years, or the school shootings in the US are the visible side of violence. The invisible side is that one of gun trade-shows, neglecting assault rifle bans, and shareholder profit from public companies. This is a large industry of death and suffering for which no cultural rejection is expressed.Guns continue to be depicted as something sexy both in Hollywood and in videogames; there may be actors who won’t smoke on the screen, but there has not been one who would reject the role of a trigger-happy hero.

4 thoughts on “We recycle”