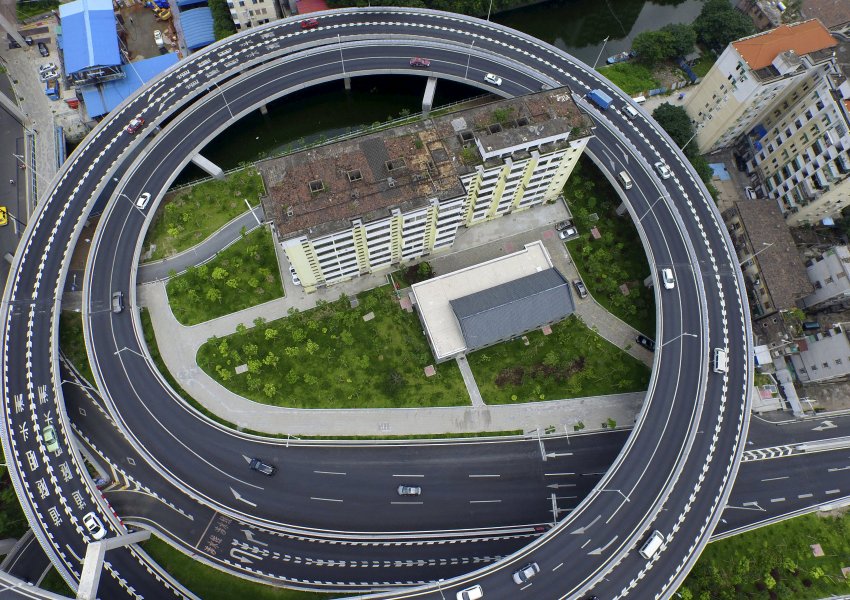 An old residential building is seen surrounded by a newly-built ring viaduct, in Guangzhou, Guangdong province, China, June 18, 2015. The building was planned to be demolished, but several units in the building refused to move out as they couldn’t reach a compensation agreement with the authority, local media reported. Picture via REUTERS/Ma Qiang/Southern Metropolis Daily