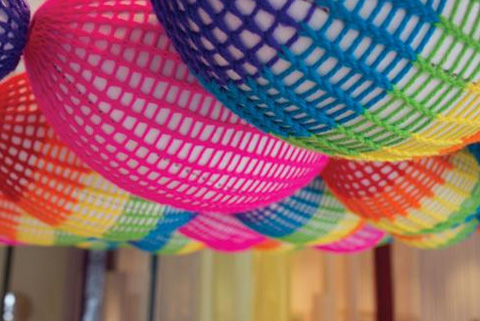 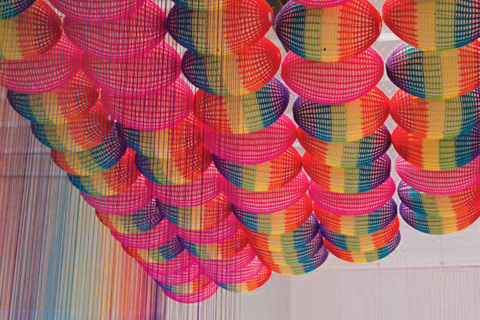 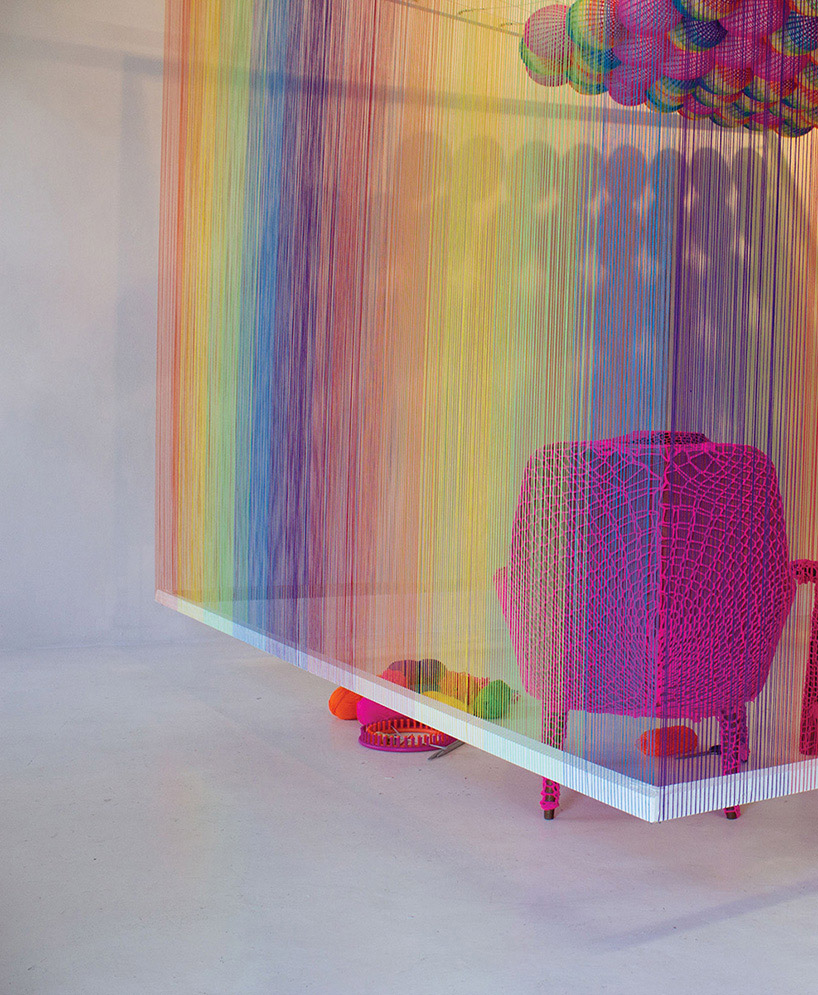 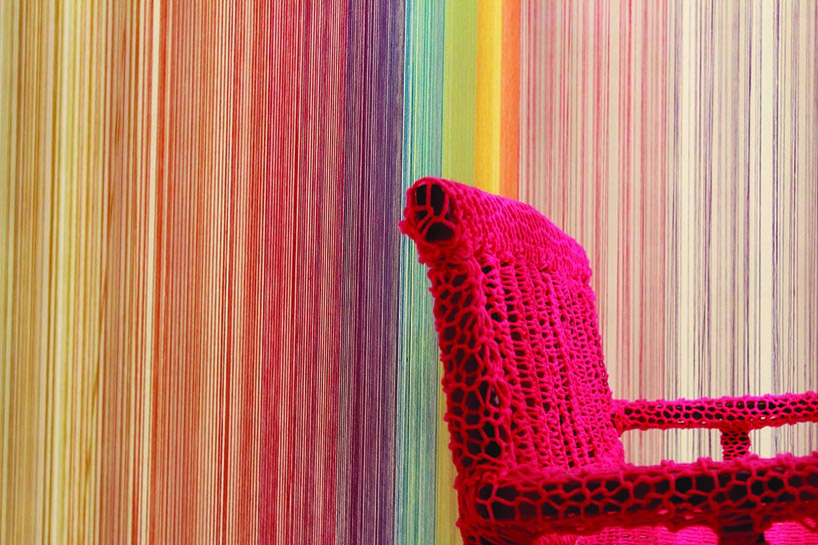 ‘The rainbow room’ – an installation on homo-sexuality by Pierre le Riche.

The ‘rainbow room’ installation by cape town-based designer pierre le riche takes a critical look at the sociological implications of afrikaner masculine hegemony on homosexuality in post-apartheid south africa. The intervention, built from 17km of acrylic thread in colours of the gay pride flag, represents a traditional afrikaan family living room in the midst of the 1995 rugby world cup final match displayed on a television; an incredibly significant point in south african history, and perhaps the last chance the afrikaner male had to ‘prove his superiority’. Through an implementation of colorful and playful yarn bombs onto traditional pieces of furniture and over 150 rugby balls, the concept of homosexuality and masculinity is juxtaposed, questioning the acceptance of same-sex relations. (text via designboom) 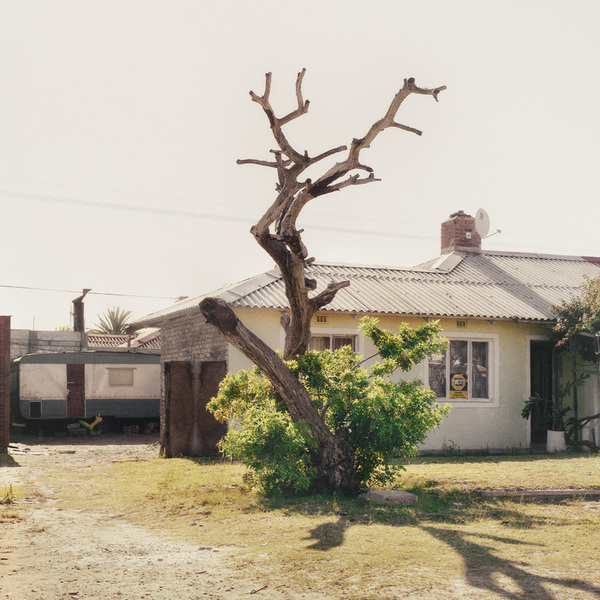 Beautiful photographs from the series ‘Limbo’ by South African photographer Dillon Marsh. Words from his website:

Limbo is a series of photographs showing trees that have died, but not yet fallen. All these trees were photographed in various suburbs of the Cape Flats area of Cape Town, including Bridgetown, Bonteheuwel, Ruyterwacht, Windermere, and The Hague. 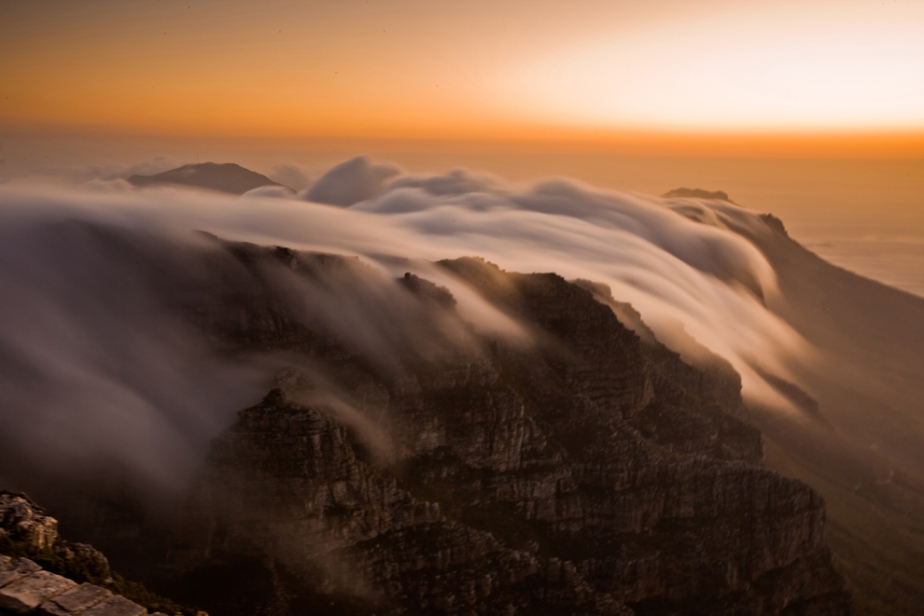